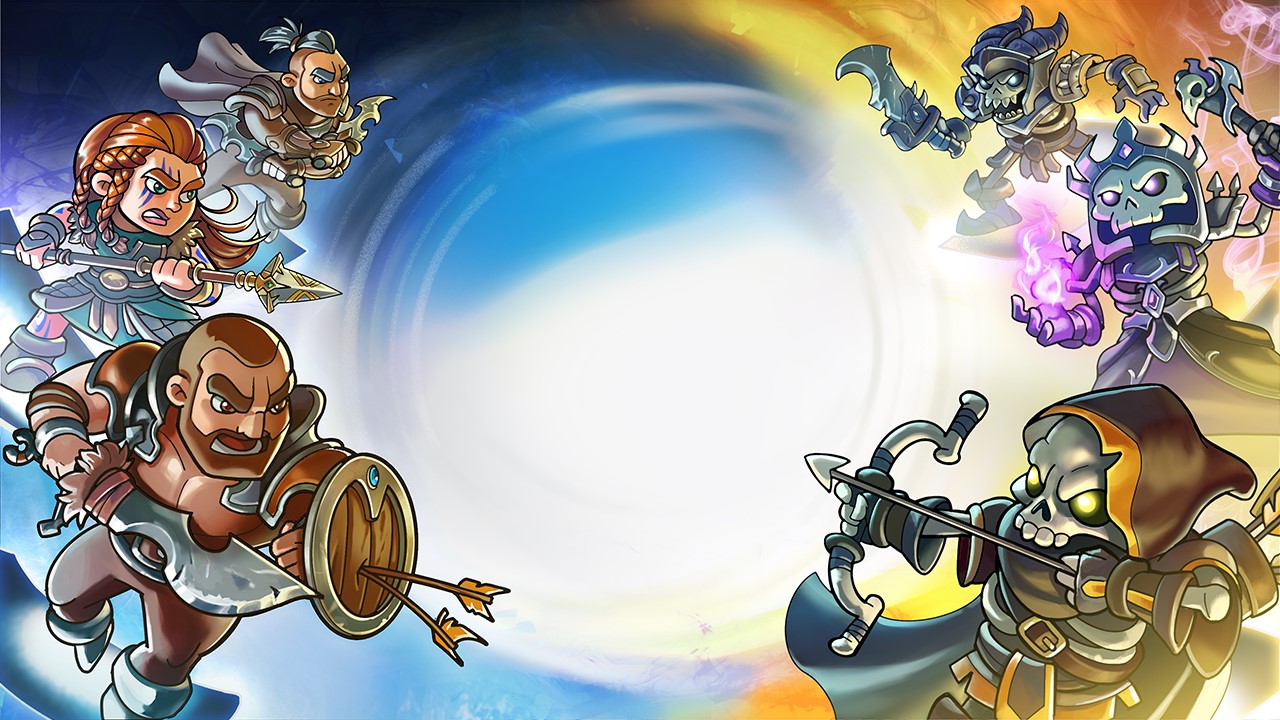 Kingdom Karnage (KK) is a cross-platform virtual Trading Card Game available to play on PC and Android. All assets in the game can be withdrawn as tokenised FTs/NFTs and are infused with Enjin Cryptocurrency. KK is now fully on Enjin’s Jumpnet (carbon neutral and no fees) and also on Binance smart chain as $KKT .

Contents hide
1 A play and earn virtual trading card game
1.1 My review
2 How to start guide – playing and earning NFTs:

I have been playing Kingdom karnage since -19 but had it on hold until -20 when they moved to jumpnet.

At first i was not that intruged by playing a card based game but after i eventually started to play i got totally stuck with it. The game was already very balanced in an early stage and the more i played the more i got more sucked in learning tactics, leveling and building up my characters.

Kingdom karnage was the first game to move it’s assets entirely to Enjin Jumpnet and I was one of the first to try it out without any fees. There has been a lot of work done with the different abilitys and each spell a character has. It must have taken years of building before getting the characters so balanced as it already is today, still in beta.

Ever since the jumpnet launch there has been a crazy amount of updates and new stuff coming every week. I have never seen such a big engagement and commitment from any other gamedevs in the blockchain world yet.

I have also never have laid so much time on a game as Kingdom Karnage (and I still do). I farm this game like I have never farmed a game before.

Kingdom karnage wins because of these factors:

In the pvp section u can mainly fight against others decks with AI, you can win diamonds and rank up in the weekly and monthly highscore. By reaching 2k points every week you earn 2x rares NFT drops and 20 diamonds. In the monthly rank you compete and the ones with the highest scores wins ENJ coins, from 0.5 – 20 ENJ.

A player vs player driven pvp is being worked on this right moment.

This is where you start the game and after 10 completed levels you start earning your own NFTs.

In the dungeons you can start earning NFTs by clearing them out, as you progress you get alot of common cards that you can upgrade. Many do underestimate the power of an common character and this is something who made me really progress further, by owning a rare or epic doesn’t mean that you will totally own in this game and makes it very stable and balanced for newcomers.

Catacombs was introduced a while ago but not released that long ago. With an increased dropchance you make your way through the dungeon. You used to need a catacombs key to be able to enter the dungeon but today all the keyholders are able to rent the keys out and earn $KKT or let players chase bounty NFTs for them and as they pay them out in $KKT.

Compare your deck against random players and try out the endurance of your deck by killing as many of the enemies as you can. Earn diamonds to exchange for NFTs.

To utilise the Midas Vault, players must first acquire a King Midas character by purchase, either from Kingdom Karnage (in-game or the online shop or the auction house (from other players). Once they have acquired a Midas, players can stash $KKT in the Midas Vault, which provides numerous benefits including Midas XP, voting rights and access to purchase exclusive limited edition items.

King Midas is a fully playable character with a unique level up system. XP is awarded to your active Midas daily (only 1 Midas can gain XP at a time).

How to start guide – playing and earning NFTs: