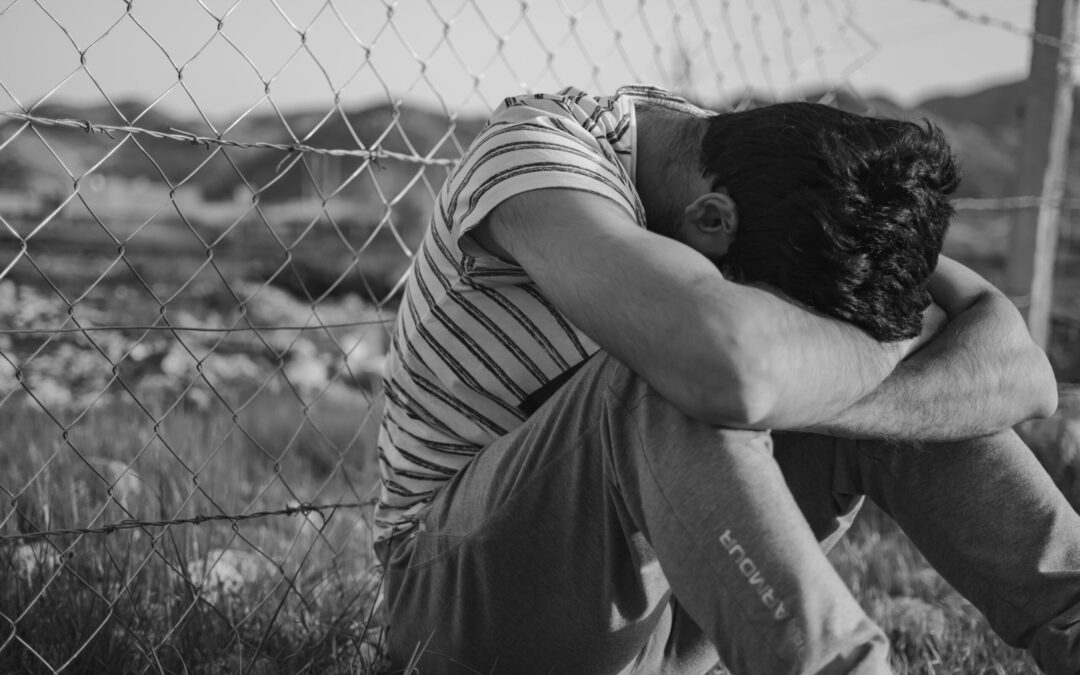 I replied with the word “NFT” just to mark a point as i was in a hurry, it did not take long until i had a comment from this guy Benjamin:

with a link to a big article from someone named David Gerard who seems to be against crypto in general, and of course he felt the need to go against everything that has to do with the blockchain.

I’ve read through the article and i concur that he has some valid points, but these valid points are still under developement and needs solving.

This is mostly right, the adress and id of the NFT is there forever but the metadata and content is changeable for the owner/artist/minter of the asset which means if they put the wrong picture in or missedspelled a letter they can change it, not you or anyone else can do this.. only the creator of the asset.

You can call this a centralized control if you want to… it’s ok Fren… but
it doesn’t mean your buying nothing but an adress from an artist.

Well.. Isn’t this up to the artist of the NFT?
The artist/creator/minter is the only one being able to change the info and the content who comes along with the adress and id of the NFT.

You are making it sound like theres nothing except an blockchain adress which is false, your are buying all the work and a piece of the art the artist are selling as an NFT, this piece is always bound to your adress forever and is totally in your possession with the rights to share, sell and destroy it.

About the licenceing.. i do concur.. we need to make something good out of it.. and it’s being worked on.
The rest of the two meaning i aint even gonna answer..

Theres a long text on how the purpose of NFT’s is to give money to “grifters” who is another word for “scammers”, my only answer to this is..

But this doesnt mean that the tech of blockchain and NFT’s are stupid and nothing to build on….

YES there are scammers all over the cryptoscene, but there is also a lot of non scammers, artists, tech-enthusiasts, digital creators like me (and you) who really does not care about how high up bitcoin is or how much you can leverage on Binance.
We are looking for alternatives on how to spread our work and we love the new tech behind it.

This long text of crap makes me believe that this guy has been rect one time or hasn’t been able to put his wife’s magnificant art on the blockchain yet and getting his anger out.. and nothing more.

On his “about me” page he has written that “As well as being a crypto journalist, David also works as a Unix system administrator, where his job includes keeping track of exciting new technologies, and advising against the bad ones.”.

Yet he is working against tech who is flawfull.. maybe not yet ready for the mainstream public.. but still flawfull..

If he really is against the tech of the Blockchain and is serious about it.. i wouldn’t mind a more brief techology book about it but not a “Scammers scams in crypto.” – book and a serious blatant blogpost.

Yes, trading,buying,selling NFT’s in ETH costs gas, gas i way to high right now. But there are alternatives.. AND it is being worked on as we speak but your main goal is to debunk and destroy the world of it.

What artists have spent $100 dollars they couldn’t spare? your wife?

And the scam stuff again… ZZzz 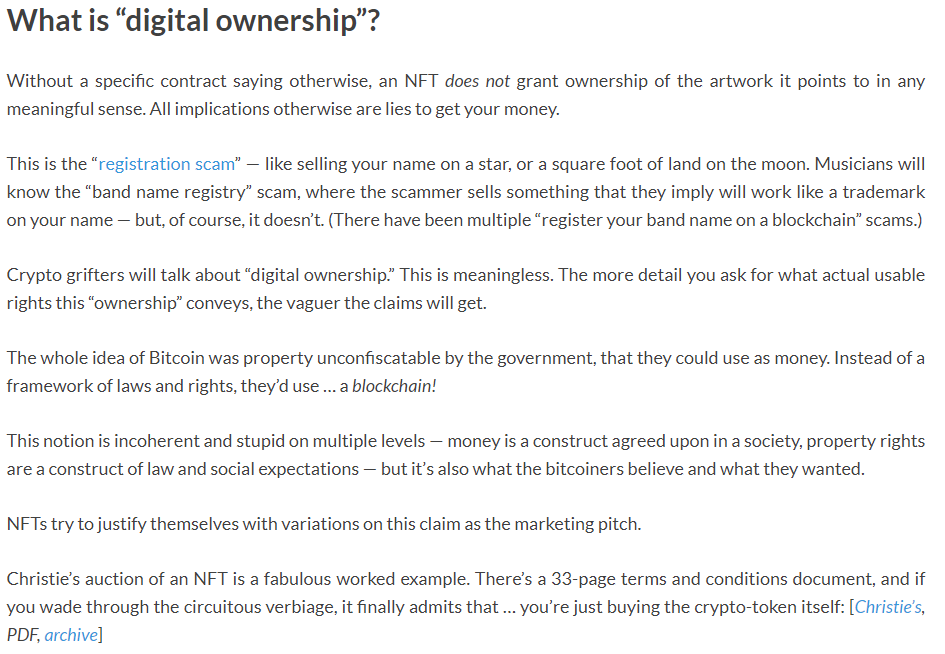 As a fan of something i’d be proud to be owning an NFT, a digital piece froom that artist.

“The whole idea of Bitcoin was a property unconfiscatable by the government, that they could use as money. Instead of a framework of laws and rights, they’d use … a blockchain! ”

WHAT DOES THIS HAVE TO DO WITH NFT’S ? A DIGITAL OWNED PIECE OF SOMETHING ON THE BLOCKCHAIN?

This text rest of the blatant text he’s writing .. has nothing to do with a digital owned piece of NFT on the blockchain. It has to do with his beliefs against bitcoin and the blockchain tech in general and is trying to use smart words about it which just sounds like… crap.

This is just.. creepy… so by explaining it to five year olds and compairing all your fancy words above with writing something on a piece of paper you think u’ve explained NFT’s for a five year old ?

I thought you were a tech guy.. but.. i also thought your audience was over 5 years old and had some interests in tech.

I could go on debunking a lot of things in this text, like the Björk album where to “invest” in something like audiocoins would be like owning an NFT ?. or King of Leon doing an NFT of their album who really isn’t an NFT.

But! this guy end up his blog post by:

“some small artists have done very well indeed from NFT’s”

pretty much debunking your own big post about NFT’s being Scammer material only. 😮

I have been in the tech of NFT’s since the beginning with Enjin. I have collected NFT’s since 2017 by playing games, airdrops, beams, you name it.

By writing cringe blogposts about how crypto is a big scam makes me and many others feel undervalued as techguys and artists.

I seriously gets angry that people are that narrowminded and gets to influence about it when they dont know shit, it’s either that or they are only looking for attention.. like this bloak probably is to sell his shit books.

The NFT space has bloomed the last year and i see whales doing their thing, they roll up the prices on NFT’s and sell them at incredible prices between eachother to get people to buy in their JPEG’s…

BUT this still doesn’t mean that buying a NFT is a scam!

My tip is.. Dont just go and fetch the first best NFT you see.. get one who you feel comfortable with and is legit owned by the artist, game or creator, hodl it and you’ll be fine.

Read in another language